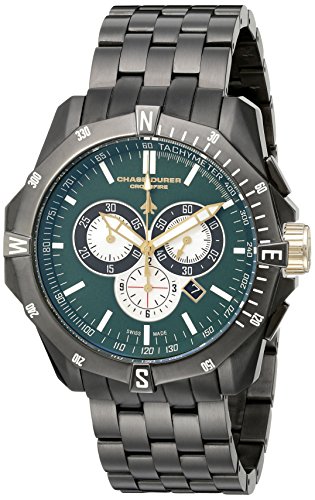 Brand
Chase Durer Uhren
Kategorie
Armbanduhren
ASIN
B001D6DGSS
Beschreibung
Formed a decade ago by Hollywood film producers Brandon and Marianne Chase, the company structure was based on the need for realistically-priced, top quality Swiss Watches specifically directed to the needs of professional pilots, both civilian and military. The design process began after months of consultation with all categories of flyers. It was only after this research that the precision timepieces went to the drawing boards, then to prototype testing and finally into production.
Technische Daten
Uhranzeige
Chronograph